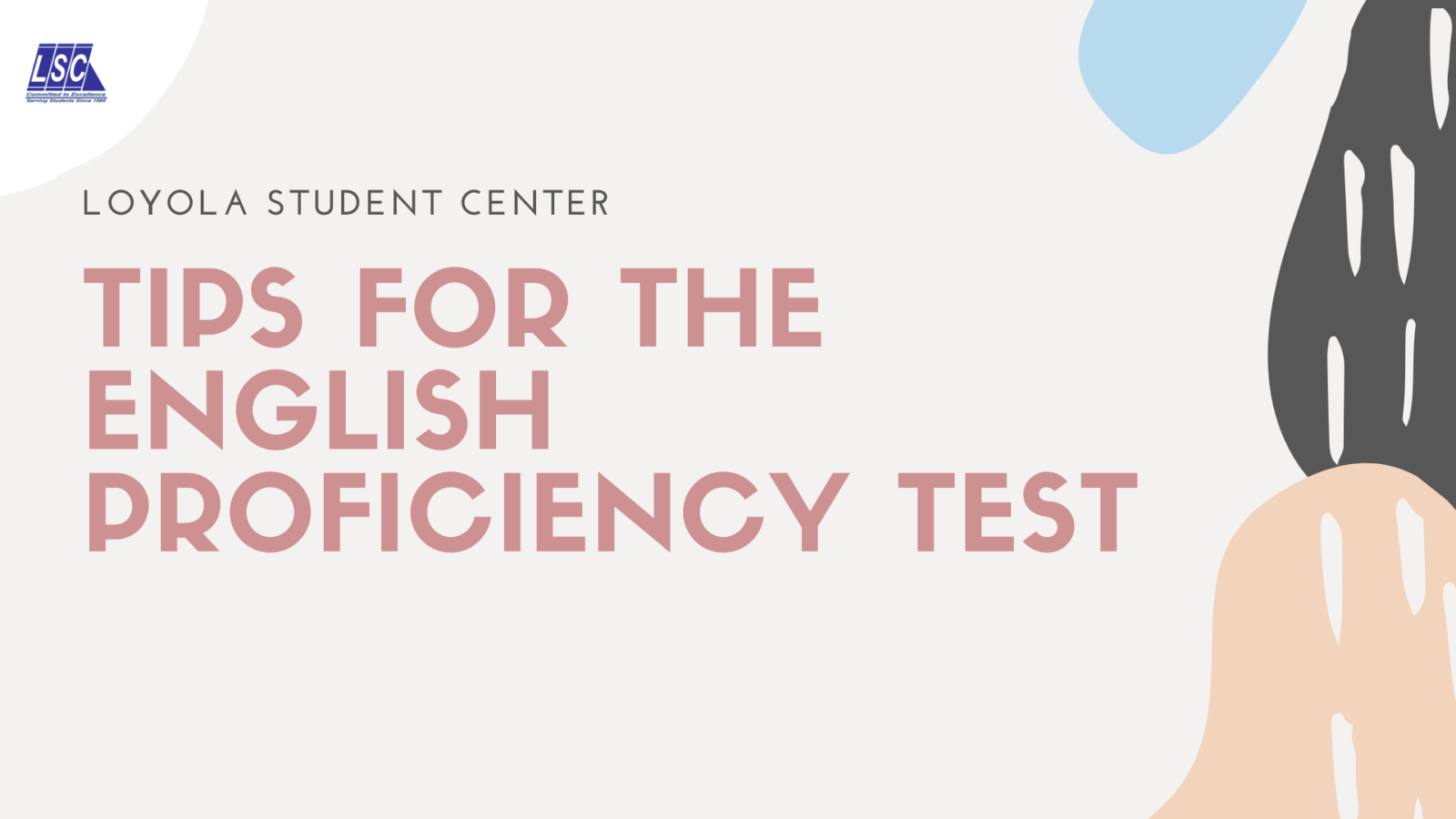 The English Proficiency portion of an entrance examination is made up of questions which are designed to test the student’s knowledge in grammar, usage, mechanics, and vocabulary, as well as to gauge his comprehension skills. The examination is usually divided into several sub-tests: sentence completion, sentence correction, synonyms and antonyms, paragraph organization, verbal reasoning, and reading comprehension. The English Proficiency Test, like all other tests, is of varying length and difficulty and is taken under time pressure.

Although the entrance examinations administered by colleges and universities are different from one another in terms of questions asked, the aforementioned sub-tests appear to be common in almost all of these examinations. The student should therefore be oriented on how he should answer them in such a way that he would be able to minimize mistakes, if not totally avoid committing them.

However, the student should realize that the tips only serve as guides which would better prepare him for any college admission test, not an assurance to his passing the examination. He should therefore be equipped with the necessary knowledge and skills – by reading relevant materials, study notes, doing exercises, and answering review questions as much and as often as he can. He should bear in mind that reviewers, no matter how brilliantly designed, can only help a student who helps himself.

Read the sentence/s and look for errors in:

If there is no error with regard to all of these, do not hesitate to choose E.

For sub-tests which include the given word within a phrase or sentence:

For sub-tests which do not use the given word in a sentence or phrase:

Many students often commit mistakes in these sub-tests, not because they do not know the meaning of the given words, but because they get confused with synonyms and antonyms. Remember, synonyms are words that have the same meaning while antonyms are words that are opposite in meaning. Another useful tip is for the student to constantly remind himself that he is looking for the synonym – or the antonym for that matter – to avoid further confusion when looking for the answer.

This sub-test gauges the student’s ability to comprehend and logically arrange ideas. Each number consists of sentences that have to be organized to form a paragraph. Choices following each number feature suggested patterns of organization.

But how should the student go about arranging these sentences?

If you are unsure of how to organize the sentences, take note of the following:

Verbal reasoning questions test the student’s ability to determine the relationship between words and measure his or her ability to analyze problems and arrive at a correct answer. An analogy can be written in various ways:

In answering this type of logical reasoning test, it is important to remember that all the conditions for the conclusions will be mentioned. Any presupposition, prejudice, and previous knowledge on the topic does not help in getting the right answer. Most of the time, it only muddles the student’s thoughts and adds to his or her confusion.

Students must work within the given statements and disregard all prior knowledge on the topic.

In answering logical reasoning tests, you should take note that statements are neither right nor wrong. They are there to serve as bases for drawing conclusions.

Answer MOST LIKELY TRUE if:

Answer MOST LIKELY FALSE if:

Answer DEFINITELY FALSE if the conclusion is a direct contradiction of any or all of the statements.